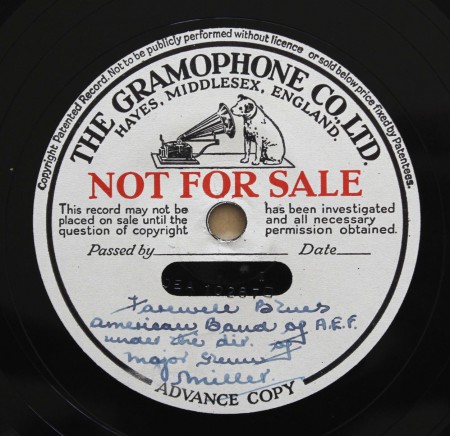 We now reach the end of this series of Glenn Miller blog posts. On September 16th, 1944, the AAF (now AEF) Band made its sole “commercial” record date in London for HMV, RCA Victor’s UK affiliate. A complicated affair it was! Joining the band was singing star Dinah Shore, in England on a USO tour of European Allied bases. She had first performed with Miller on August 3rd, doing a live broadcast with the band and a transcription session with the Uptown Hall Gang, the small jazz group within the band. 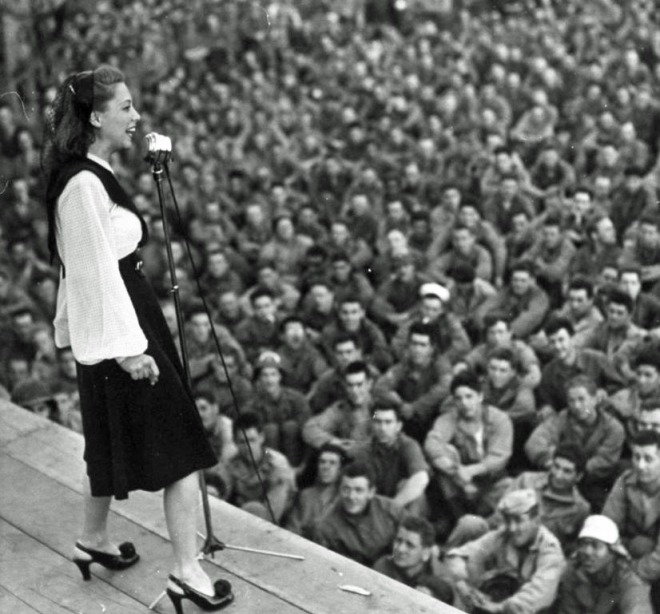 On September 15th, Dinah hooked up with the band for a live concert at a B-17 base in Bury St. Edmunds, which Glenn missed, due to severe headaches and sinus trouble. Likely this is why Glenn looks tired and drawn in the photos taken at the Abbey Road studio the very next day. Back in 1938, then-unknown Dinah auditioned for the fledgling Miller band and was not hired. Now both superstars, there apparently were difficulties between the lady and Glenn over the interpretation of her songs on this record date.

In spite of any problems, four superb selections were in the can by the end of the four-hour session. Dinah sings beautifully on STAR DUST and ALL I DO IS DREAM OF YOU, sympathetically arranged by Ralph Wilkinson and Norman Leyden respectively, cushioning her voice with a myriad of strings. Both Dinah and Glenn had recorded STAR DUST for RCA pre-war and Wilkinson’s chart was a popular feature with the AAF Band, also recorded on their first V-Disc date. So the tune was a obvious choice. 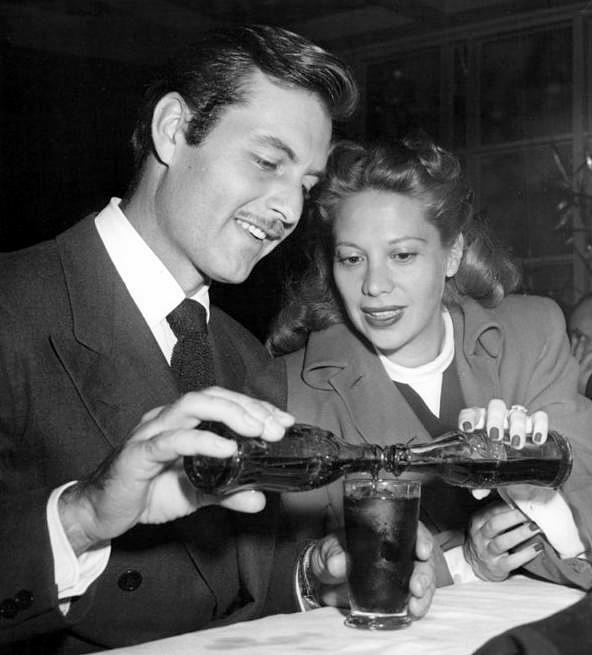 Dinah with husband George Montgomery, who had appeared with Glenn in ORCHESTRA WIVES.

ALL I DO IS DREAM OF YOU was an anomaly. Never before performed by either star, the song was a 1934 hit by Arthur Freed and Nacio Herb Brown, from the Joan Crawford film, Sadie McKee. It would later be featured raucously (by Debbie Reynolds) in 1952’s Singin’ in the Rain. Sung slowly and sensuously by Miss Shore, it became a perfect 1944 wartime ballad of longing.

Miller then pulled two band features from the book to complete the date. I’VE GOT A HEART FILLED WITH LOVE, written by Joseph Meyer and Al Jacobs, was likely a product of Glenn’s Mutual Music publishing arm. Meyer had written the lyrics for PEEKABOO TO YOU and Jacobs the music for WHEN THE ROSES BLOOM AGAIN, two Miller Bluebird discs. The wartime band played the tune often in the US and UK and a radio performance would turn up on V-Disc in 1945. Both Johnny Desmond and Tex Beneke with the postwar Miller band would wax the tune in later years. It’s a snappy performance of a good song, but it never became a hit outside of the Miller family.

FAREWELL BLUES makes for a fitting conclusion to the session. This 1923 New Orleans Rhythm Kings jazz standard had been a killer-diller for Glenn’s civilian band. In this ballad treatment by Jerry Gray, it was often heard as the “blue” tune on the band’s “Something Old/New/Borrowed/Blue” radio medleys. It was occasionally extracted and played on its own, as was done here.

This session was undertaken with the best intentions. All proceeds from sales of the records were to be donated to American and British Army Charities and War Relief organizations. The Army, USO and RCA/HMV had to provide clearances for the discs to be issued. Though the British music press announced a December 1944 release for the 78s, nothing was forthcoming and the records were never issued. 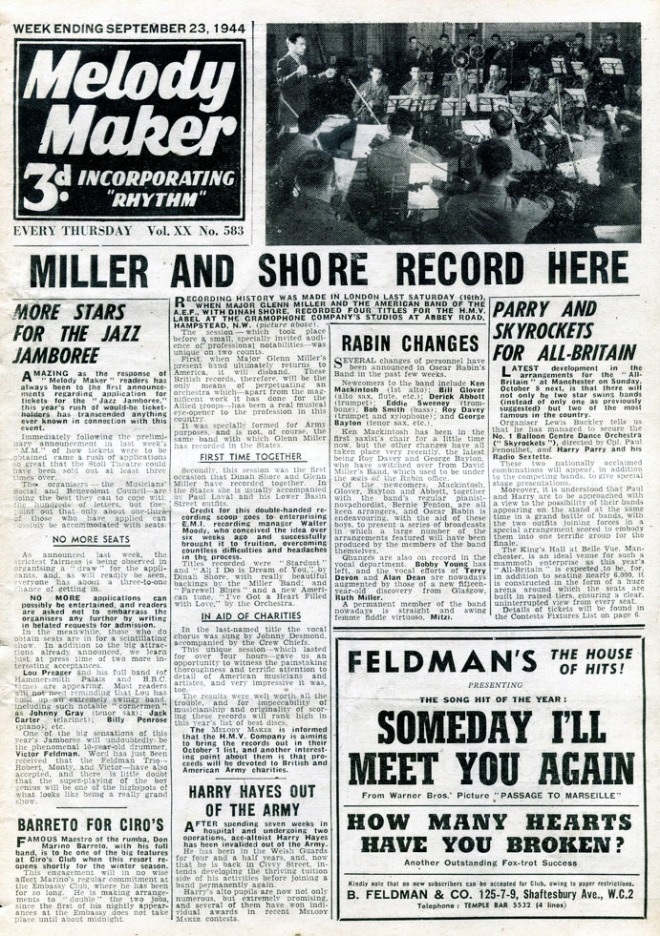 Test pressings were made and copied through the Miller collecting fraternity. I remember Glenn’s friend George T. Simon playing one of them on a New York radio station in 1974. In the 1990s, all four sides were finally released on a Conifer CD set in the UK, prepared by Alan Dell, a Miller fan and broadcaster. There was much press hoopla over the issuance of these “lost” recordings. The clean transfers from test pressings allowed the AEF band to be heard in high fidelity, the best sound quality of any of their UK recordings. 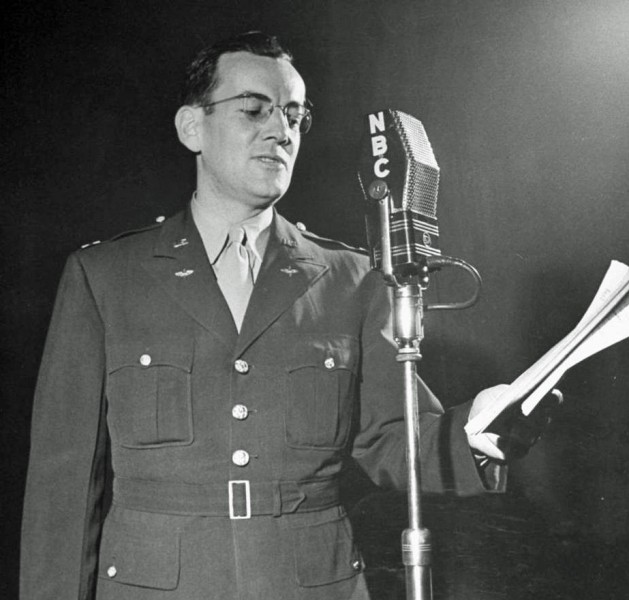 Glenn Miller’s contribution to American culture can never be measured and even today, continues to draw discerning fans worldwide. I hope these blog entries add a bit of information to those seeking knowledge and background on his superb musical accomplishments.