This is a composite personnel, from which the recording units were drawn.

Just the facts Ma’am! The history of the Glenn Miller Army Air Forces Band has been chronicled in greater detail and with much more panache than I ever could, so I offer these next few blog entries as an addendum to my chronicle of the Miller civilian band’s recording sessions.

The stupendous AAF Band left us a huge legacy of recordings – hundreds upon hundreds of preserved live broadcasts, rehearsals and transcribed studio programs. In addition to their original purpose, these recordings were used in assembling Armed Forces Radio Service (AFRS) programs and libraries and for V-Discs, the only wartime records distributed directly to the soldiers overseas for personal enjoyment. Most of the Miller V-Discs were transferred from broadcast rehearsals or live shows. 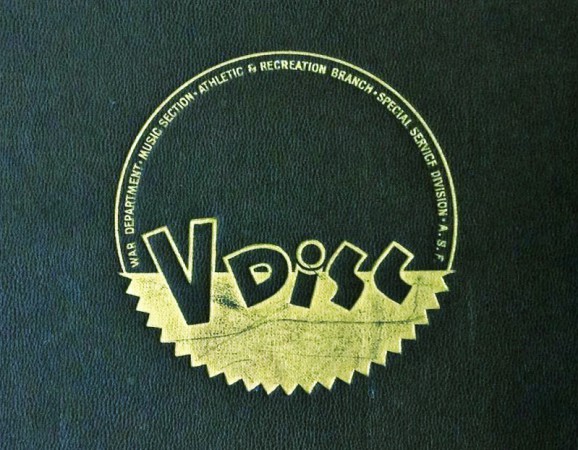 Out of this enormous stockpile, only four studio record sessions were intended purely for V-Discs or commercial 78s. These will be covered here. The first three were done at RCA Victor’s New York studios and the last in London, for Victor’s HMV affiliate.

The first date, on October 29, 1943, was produced under similar circumstances to the Miller civilian band sessions, in a heavily damped studio, to cut down on resonance. The discs have a very dry acoustic, but do capture the power of the ensemble.

At first, the Army brass was wary of too much pop music being recorded by the V-Disc program. Many of the early releases were of marches and other patriotic selections, often with the slogan, “Music for Marching Men,” included on the label. 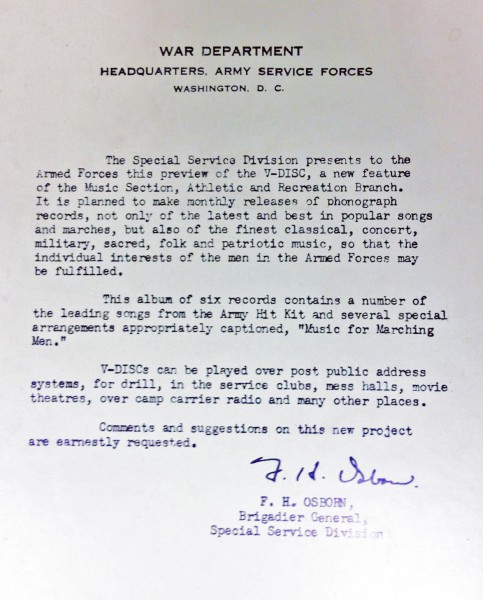 The first three selections on the date fit this bill, played in march tempi by the band without their 18-piece string section.

BUCKLE DOWN, WINSOCKI was actually a Broadway show tune, less than two years old at the time.   Hugh Martin and Ralph Blane had written it for Best Foot Forward, their hit 1941 musical. The rousing song was the anthem of Winsocki, a fictional boys’ prep school. Tommy Dix, a cute, pint-sized actor with a deep, booming voice, sang it in the show. Dix also sang it on Benny Goodman’s Columbia record and in the 1943 film version.

Glenn performs it in a straightforward manner, then swings it a bit in the second chorus, with a late entry by distinctive boo-wah brass. It fits nicely into Captain Miller’s desire to modernize the marching music repertoire for the 1940s soldier.

Strictly conventional is EL CAPITAN, the familiar John Philip Sousa opus, socked over with great verve. These two standard-length selections were coupled on one 12-inch V-Disc side. The remaining three numbers ran over four minutes each, taking advantage of the increased running time of the larger discs. 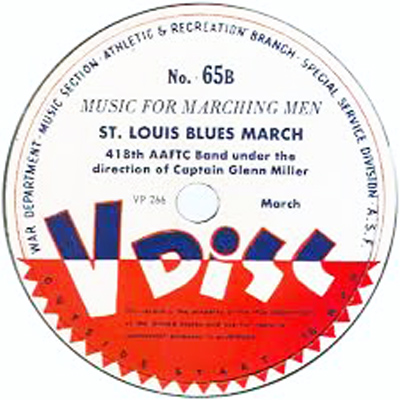 This most popular of V-Discs was reissued in October 1945!

ST. LOUIS BLUES MARCH has become, in retrospect, the most famous recording by the AAF Band. Arranged by Sgt. Jerry Gray (with contributions from Perry Burgett and Ray McKInley), this performance of the hoary old W.C. Handy chestnut has come to encapsulate Glenn’s entire wartime contribution in one tidy package. Drummers Ray McKInley and Frank Ippolito set the driving martial pulse, which never lets up, even during bluesy solos by Bobby Nichols (trumpet), Vince Carbone (tenor sax) and Hank Freeman (alto sax). It was then and remains now a fresh, exciting jazz masterwork.

Gray and Norman Leyden also arranged BLUES IN THE NIGHT MARCH and JERSEY BOUNCE MARCH in similar fashion, but just ST. LOUIS was recorded. In fact, this V-Disc of ST. LOUIS BLUES MARCH is the only performance in existence by the band. All reissues of the tune have been sourced from this sole rendition (some cut down to standard three-minute length by omitting the trumpet and tenor solos).

Tex Beneke later waxed a shortened version for RCA in 1947 (and BLUES IN THE NIGHT MARCH, too). It wasn’t until it was featured in THE GLENN MILLER STORY film in 1953 (and on the soundtrack album) that the arrangement really captured the public imagination. Previously, only those with access to the original V-Disc were familiar with it. Since V-Discs were produced gratis for the war effort, negotiations with the Musicians’ Union were necessary to allow a commercial release. Therefore, RCA didn’t cough up the 1943 recording for public consumption until it was included on the 5-LP GLENN MILLER ARMY AIR FORCE BAND set in 1955. Many later single and LP reissues followed.

STAR DUST and STORMY WEATHER bring in the string section for two luscious instrumental ballads, as far from marching music as you can get! Arranger Ralph Wilkinson sets the violins insinuating themselves in, out, over and through the brass and saxes. Brief solos by Addison Collins (French horn), Vince Carbone (tenor) and Bobby Nichols (trumpet) add variety, but the full band is on showcase here. The wide dynamic range of these ballads must have worn out many V-Discs when played on the primitive equipment of the era! Glenn makes a stiff little spoken introduction before STAR DUST, a personal feature that would be made on many of these recordings.  An alternate take exists of the speech where something crashes in the background while Glenn is speaking and he exclaims, “Jesus Christ! What?”

The AAF Band featured both charts often and so did the postwar Tex Beneke/Miller band, which also had a string section for its first two years of existence. Tex recorded both for RCA in 10-inch versions and also did a 12-inch take of STAR DUST that was only released on a special one-sided disc that was gifted to RCA dealers and friends for Christmas 1947.

Despite their intense schedule of war bond-selling concerts, radio broadcasts and other appearances, the ensemble made time for another V-Disc only recording date in early December – that’s for next time! 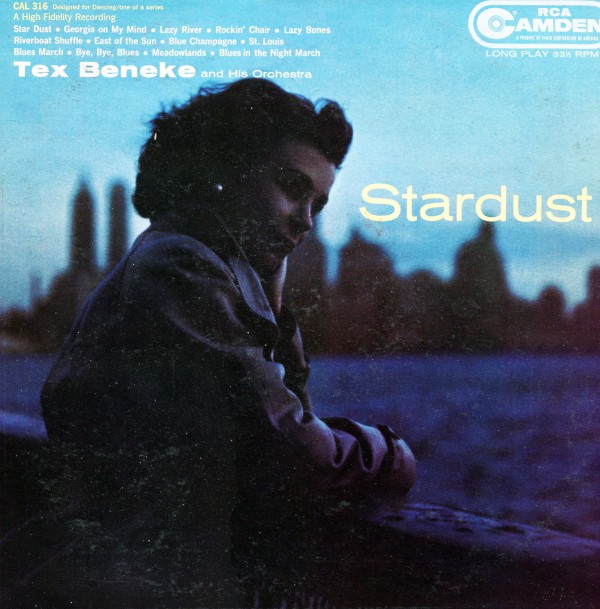