Two of Glenn’s greatest hits would emerge from this next recording date, which also marked the debut of another Miller stalwart, drummer Maurice “Moe” Purtill. Purtill was known as a fine, subtly swinging musician from his two-year stay with Red Norvo’s innovative band and a year with Tommy Dorsey, replacing the brilliant, though unreliable, Davey Tough. During the year with Tommy, Moe drummed on several of his most popular records, including BOOGIE-WOOGIE and HAWAIIAN WAR CHANT. He also shone on some small group sides by Dorsey’s Clambake Seven.

Glenn had wanted to hire Moe since 1937, but Dorsey held onto him until Tough returned from a stint with Benny Goodman at the very end of 1938. Purtill excelled at delivering a relaxed beat and was not the kind of flashy, driving drummer that Glenn seemed to want. Glenn pushed Moe to be more extroverted and that approach kept the band from becoming as loosely swinging as it might have been. Still, Purtill was a revelation and brought a buoyant feel to the band’s output, especially on live broadcasts.

This session came less that a week after the MOONLIGHT SERENADE date, and, as mentioned before, SUNRISE SERENADE provided the theme song’s flip side. Written by pianist Frankie Carle, the melody became one of the big hits of the year, recorded by Casa Loma, Hal Kemp and Bobby Hackett and featured by nearly every other band.   At the ASCAP 25th Anniversary big band concert in October, three of the four orchestras featured that evening – Miller, Benny Goodman and Paul Whiteman – included it in their program!

It’s a simple, hummable theme and was likely arranged here by Glenn, showcasing the reeds, trombone “boo-wahs” and a mellow Beneke solo. It remained in the band’s book until the end, as did the next tune waxed, LITTLE BROWN JUG, one of Miller’s biggest hits. This happy ode to drinking dated way back to 1869. Bill Finegan’s swinging 1939 arrangement and catchy coda proved to be irresistible to dancers and record buyers alike.. Beneke, McMickle and Miller get solo spots, with Glenn playing an especially imaginative chorus, which he repeated on all subsequent versions! Newcomer Purtill gets his first workout on record, finally kicking the rhythm section to life. 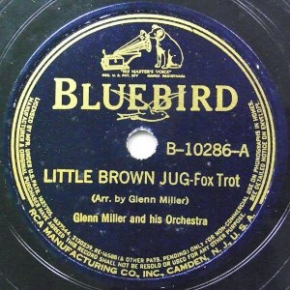 LITTLE BROWN JUG featured heavily in the plot of THE GLENN MILLER STORY, framed as the last arrangement Glenn wrote as a surprise Christmas gift for wife Helen before he embarked on his fatal flight in 1944. In the film, Helen hated the song since college days and always pooh-poohed Glenn’s threat to swing it with his band. Since the movie was riddled with inaccuracies, this was just one more sappy plot contrivance which likely displeased Bill Finegan, who also lost the arranger credit to Glenn on the original 78!

These two hits were preceded by two current pop tunes. WISHING (WILL MAKE IT SO) is a standard Miller ballad performance, with Ray Eberle working hard to sound relaxed at the fast tempo. The song was featured in the extremely popular film LOVE AFFAIR, which starred Irene Dunne and Charles Boyer. It was successfully remade 20 years later as AN AFFAIR TO REMEMBER, which itself was then referenced in the 1993 blockbuster, SLEEPLESS IN SEATTLE. 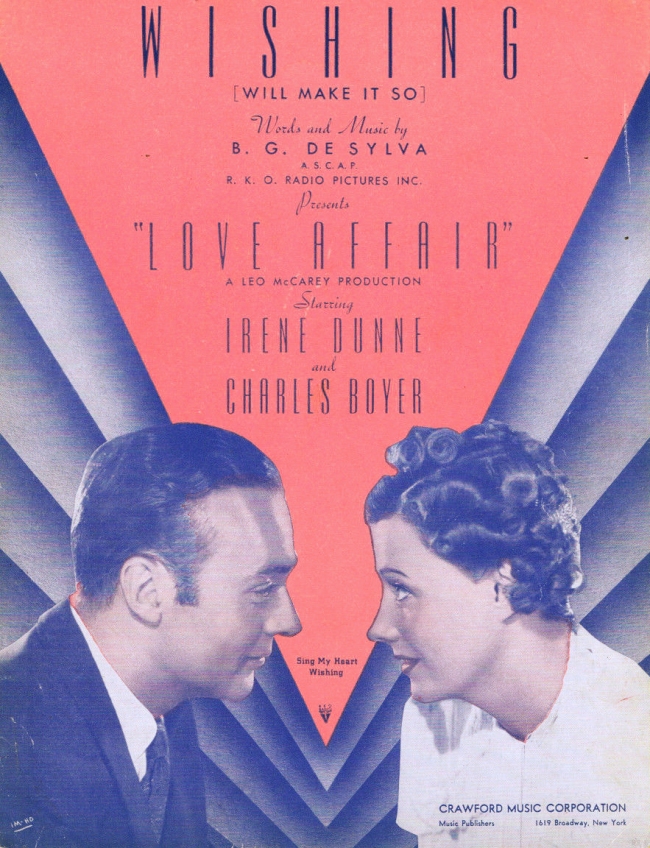 The song was written by veteran songwriter Buddy DeSylva, who had been one-third of the legendary composing team of DeSylva, (Lew) Brown and (Ray) Henderson earlier in the decade. By 1939, DeSylva had become a film producer and would soon be one of the founders of Capitol Records. WISHING was one of his few solo efforts and would be nominated for an Academy Best Song Award. It lost to OVER THE RAINBOW.

Marion and Tex work even harder than Ray to deliver the wordy lyrics to THREE LITTLE FISHES, the inexplicably huge hit for the Hal Kemp and Kay Kyser bands. Another in the seemingly endless parade of nursery rhyme pop tune adaptations, this one was likely the biggest. Written by Kemp’s saxophonist/vocalist Saxie Dowell, the song was a Number #1 hit for weeks. Glenn’s record did little to add to its popularity, as it minimized the corny aspects by dispensing with the dopey lyrics as fast as possible and throwing the melody to the wind for the final nicely swinging choruses.

The next record date would follow in only eight days. Events were moving for Glenn and the band, but no one had any inkling how far and how fast they would be going.